We are a group of homeschooled filmmakers who have been working together to make projects since 2013. We are based in Spokane, Washington. We have a passion for providing the kind of educational opportunities for homeschooled filmmakers we wished we had when we were first starting out. Our films have been selected for screening and received awards at The Tacoma Fan Film Competition, Tacoma Film Festival, FilmQuest, The Lightsaber Choreography Competition (LCC), Adobe Youth Voices, and Seattle Transmedia International Film Festival (STIFF). 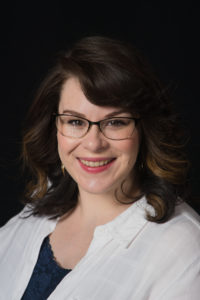 Rachel specializes in producing films. Her big picture view and efficient administrative skills come together to keep the production company moving forward and on track. Rachel has filled many filmmaking roles such as Producer, Assistant Director, Unit Production Manager, Locations Manager, Casting Director, Head of Marketing, and Makeup Artist. In her non-filmmaking time Rachel does hair and makeup for weddings and special occasions, is pursuing beauty photography, and teaches music lessons. She is the oldest of the Poling kids, and married to Max Jordan. Max and Rachel have recently welcomed baby Emily into their family, and they live in Liberty Lake, WA. 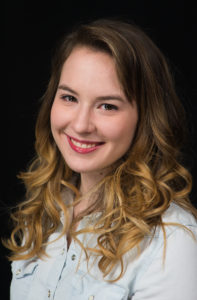 Annie specializes in directing and story creation for the team’s films. Her passion for good meaningful stories and her desire to use filmmaking to tell those stories come together in the team’s projects. Annie loves to teach filmmaking in order to provide the sort of education she was looking for when she was a young filmmaker without any equipment or money. She provides teaching through her YouTube vlog series entitled “Homegrown Filmmaker”. Annie has filled many filmmaking roles such as Director, Editing Director, and Screenwriter. Annie is almost always moving her filmmaking forward. She’s the 3rd out of the 5 Poling kids. She’s newly married to Micah Swet, and they live in Post Falls, ID. 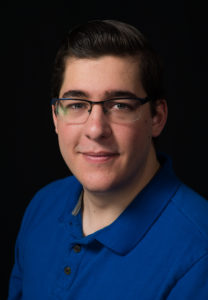 Max specializes in directing, cinematography, stunt/action choreography, and special effects. Max has a passion for portraying strong emotion, and delivering those emotions to his viewers through a skillful combination of action, music, and expert camera work. Max has won The Lightsaber Choreography Competition two times, placed in the top three five times, and was honored to be one of the judges for the 2017 competition. Max has experience in all aspects of filmmaking. He is most often found as Director, Director of Photography, Action/Stunt Choreographer, Visual Effects Artist/Supervisor, Actor, or Editor, and has expertise in several other departments, including Music and Sound, and Color Grading. When Max isn’t working on the team’s films, he does visual effects contract work for several different production houses and other filmmakers. Max is the brother of Micah Swet, and is married to Rachel Jordan. Max and Rachel have recently welcomed baby Emily to the family and live in Liberty Lake, WA. 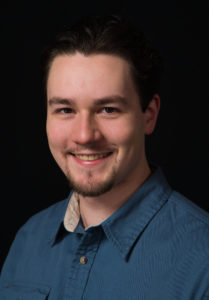 Phillip specializes in all aspects of the art department such as props, sets, and set decoration. He also specializes in set safety, fight choreography, and weapons. Phillip’s passion for history, attention to detail, strong artistic bent, and capable maker skills of all kinds come together to supply the team with all sorts of cool stuff! His passion for accurate weapons handling and realistic fight choreography combine with his passion for managing safety on set. Phillip has filled many filmmaking roles such as Actor, Fight Choreographer, Weapons Handler, Art Director, Props Master, Prop Maker, Set Safety Coordinator, Set Design, Special Effects, and Visual Effects. When Phillip isn’t working on the team’s films, he keeps himself very busy with anything related to computer IT, 3D printing, piano tuning, and all sorts of creating and repair work. Phillip is the second oldest of the Poling kids, and lives in Liberty Lake, WA. 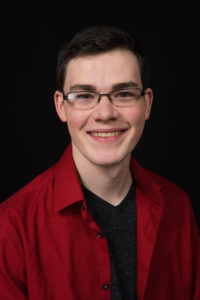 Josiah specializes in many post-production activities. He is skilled in editing, visual effects, and is often involved in motion graphics and sound design. Josiah’s attention to detail and organizational skills are highly valued in every filmmaking project as he holds many supporting roles together. He keeps a skilled eye on the team’s equipment, and is always the one who has thought of everything needed to keep the equipment going as well as being prepared for coming to the rescue for any equipment difficulty. Josiah has filled many filmmaking roles such as Storyboard Artist and other Pre-Visualizations, Graphics Designer, Director of Photography, Digital Imaging Technician, Sound Engineer, Grip, Editor, Visual Effects Artist, Actor, and Fight Choreographer. When Josiah isn’t working on the team’s films, he is an intern at Theory Studios, a visual effects studio, and also does volunteer film and art work for Lifestyle of Learning Ministries. Josiah is second to the youngest Poling, and lives with his parents in Liberty Lake, WA. 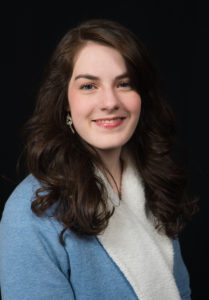 Lizzy specializes in costuming, story creation, and acting, but likes to be a help wherever she can. Lizzy is passionate about epicness! She loves designing and creating to bring to life all the costume and story ideas in her head. She is skillful at screenwriting and is usually the author of the first draft scripts along with Annie. Lizzy loves to act, and is currently learning the role of production coordinator. Lizzy’s filmmaking roles have included: Screenwriter, Actress, Wardrobe Coordinator, Costume Designer, Camera Assistant, Fight Choreographer, Visual Effects Artist, Post Sound Mixer, Editor, Camera Operator, Director, and Producer. Lizzy is the youngest of the Poling kids, and lives with her parents in Liberty Lake, WA. 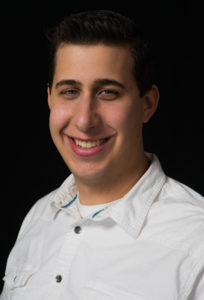 Micah specializes in behind the scenes photography, and in general, he’s a jack-of-all-trades kind of guy, being heroic more often than not. On sets, Micah employs his excellent photography skills to capture the atmosphere and action of the filmmaking process. When he’s not taking pictures, he is very adept at seeing what needs to be done and quickly and efficiently doing it. In this way, Micah supports the efforts of the whole team in all sorts of ways, and is such a blessing! Micah’s filmmaking roles have included: Behind-the-Scenes Photographer, Vehicle Coordinator and Wrangler, Camera Operator, Actor, Visual Effects, and 2nd Assistant Director. When Micah isn’t working on the team’s films, he is employed by the city of Coeur d’Alene’s water department. His free time is spent maintaining various motorcycles and other vehicles. Micah is brother to Max Jordan, and recently married to Annie Poling Swet. They live in Post Falls, ID.

Watch some of our films!

In this quirky short film, a young bully stops to consider the consequences of his actions and the necessity for apologies.

The HomeGrown Filmmaker series is for no-budget, no-resource filmmakers who feel stuck in their learning process. We aim to get them un-stuck and moving forward in their process of becoming bigger and better filmmakers.

In a desperate attempt to save the future, Xenia travels back in time to a pivotal moment in history–the untimely assassination of Senator Desera–hoping that by saving the senator, she can change the course of history for the better.

Bloopers and B-Roll from our Films