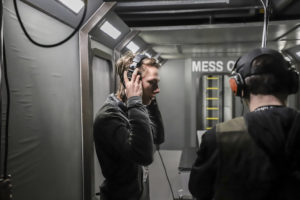 “One of my favorite things I learned from the 2018 Film Intensive was the importance of certain pieces of gear, such as Gaff tape and shoulder rig among others, which I was able to then go and buy to make my own productions better. This intensive helped me grow by showing me the inner workings of a set, in particular the administrative process, which is an area I’m glad I had the opportunity to learn more about.

If someone were considering taking this class, the first thing I’d tell them was, do it! It truly accelerated my ability to produce a better plan, schedule and finished film. Not to mention the relationships I was able to form while attending. It was a huge step in my journey along the filmmaking path.Thank you so much for putting this intensive on, it has given me so much hands on experience, which you can only get from being there. Thank you again.” – Caleb C. 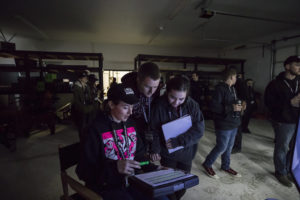 “My favorite things I learned from the 2018 Film Intensive was the teamwork that is necessary to create a film, and all the work with different camera angles. I was able to learn the basics of pretty much all the different jobs on set.

It is extremely worth the price. There is a very professional air on set and everyone is really good at what they do. I highly recommend this program, and feel it gives a necessary look at everything you should know if you are seriously considering a career in film.” – Dominic M. 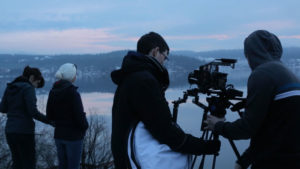 “The 2017 Film Intensive was great because I not only got a hands-on experience making a film with people who care about helping me succeed and who know what they’re talking about, but I was also taught how to become a highly sought-after and valued member of any team. This intensive was too much fun!!” – Lilly A. 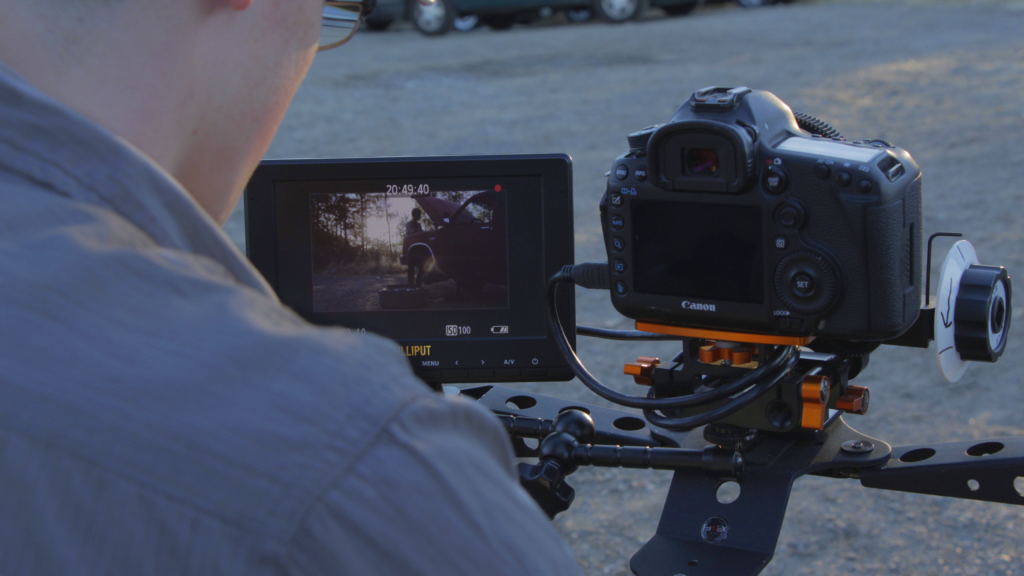 “I was thoroughly impressed with the 2017 Film Intensive. As I have had a basic knowledge of the film-making process and minimal experience on sets, I really gained a lot of great insights into the behind-the-scenes of film production.

The team takes a very professional approach to film-making and stress the importance of everyone having the goal of making a film the best it can be. Despite the extensive class material and fast pace on set, there was plenty of time to ask questions. I was able to learn more about what my interests in film-making are and I also learned what didn’t appeal to me. I was inspired to truly consider my goals for film-making and also to apply the principles I learned to my future projects.

The Intensive was truly an eye-opener to all the many moving parts of the film industry and what it takes to produce an exceptional film. It was a ton of fun and I would recommend it to anyone interested in becoming more serious about a career in film.” – Daniel J. 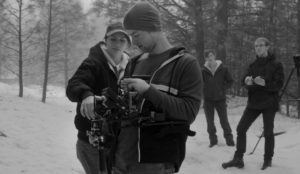 “Though I really enjoyed the on-set part of the intensive, the highlight of it for me was getting to show my film to a group, get helpful feedback on what to change and why, etc. and then apply it later on. It was a confidence booster for me to experience everyone’s reaction to seeing the results of my baby steps in directing. It was also really interesting to hear how everyone’s expectations and ideas about the roles they wanted to play changed in comparison with what people decided for themselves after we were on set!” – Matt M. 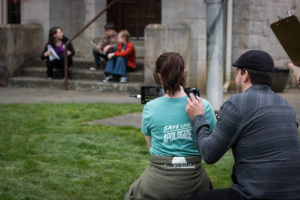 “The film intensive was a really cool experience! All of it was very educational, and even though we were being taught a lot of information, it was never dull or overwhelming. The hands-on work is really beneficial if you’re an aspiring filmmaker but don’t know exactly what role you want to do on set. Being on set felt very professional, while still having a lot of fun! All-in-all, a very fun and educational week for aspiring filmmakers!” – Lauryn M. 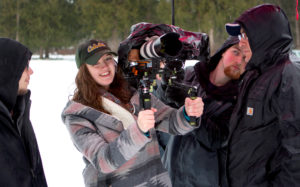 “My daughter had so much fun on set watching how things work! This was her first experience on a set and the professionalism of it all was amazing. Her questions were answered, she was instructed clearly, and given great positive feedback. She always felt comfortable about the expectations, challenged but not pushed beyond her limits. Seeing so many young adults under stress treating each other with kindness and respect really solidified for her that good attitudes go a long way in the real world!” – Eirica M.

“I greatly enjoyed watching you set up the scenes, seeing what goes into getting a particular shot.  It was fun talking with other the other moms as we support our kids growing and learning. As a mom I would want my kids to be able to participate with you again.  There was an overall attitude of respect and acceptance for each other that was refreshing. It was a great learning experience for all of us.”  – Laurie H.

“It was nice to be able to see the inner workings of a film being made with my children. My daughter feels pulled in this direction for a future career, and this opportunity helped her see what she could get better at as she pursues her interest. You all worked tirelessly on this project, and I want to teach that type of work ethic to my children as they are inspired with their own projects.” – Jeri P.

Click below to learn more about pricing and start the registration process.
Psssstt... come with a friend or teammate and you both get $100 off your ticket!
Link with us
Game bài đổi thưởng
PageLines